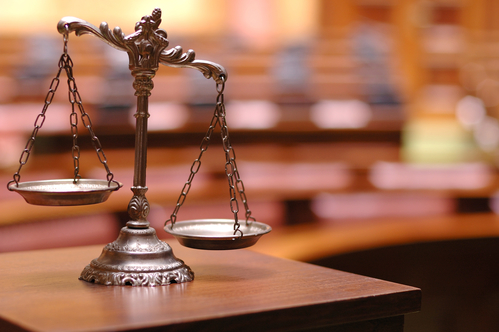 Litigation is the process of taking a Civil law suit (legal dispute) to Court. We have discussed the process from a summons to the court date in our article A Guide to Suing.

In this article we shall discuss the different Courts and the basic procedure in the Court room.

South African Courts are structured in a hierarchy.

Every King needs a Queen. The Queen of the Courts comes in the form of the Supreme Court of Appeal. As her name states, she is only an appeals Court and not a Court of first instance.

As the above Courts are not Courts of first instance, in order to get to either of them, Litigation has to start in a Court that has the authority to be a Court of first instance. These are the High Court and the Magistrates Court and a few other Courts established by an Act of Parliament.

A few examples of these “other courts” are:

Courts may only reside on a matter if they have Jurisdiction over it; therefore, you do not get to choose the Court you wish your matter to be heard in.

Many factors influence a Courts Jurisdiction, such as the value of a claim:

A second factor influencing Jurisdiction is the nature of the claim.

For example: The Labour Court only has Jurisdiction over labour issues in terms of either the Labour Relations Act or any of South Africa’s other Labour Legislations, such as the Employment Equity Act.

A third factor influencing Jurisdiction is the geographical area.

Courts have authority over specified geographical areas. The Court will have Jurisdiction over a matter if the Defendant is an ordinarily resident or domiciled in the geographical area over which the court has authority, or if the claim arose within said area.

The Procedure in Court:

In an application procedure, the matter is heard in the Motion Court. The matter is argued on the papers before court, with special reference to the Heads of Argument, and the evidence given therein. One may present oral evidence in Court, but this is generally not needed.

An action procedure ends in a trial. South Africa follows an adversarial trial system; this allows for the Plaintiff and Defendant to argue their versions of the matter in Court.

If witnesses are called to give evidence in Court then the examination of the witness will proceed as follows:

Once both the Plaintiff and Defendant have closed their cases, both parties shall present their closing arguments. No new evidence may be adduced in the closing arguments. Then the Judge shall deliver his/her judgement with reasons for the Judgement.

Do you have to have an Attorney?

This is an exceptionally common question. Your Right to a Fair Trail includes the Right to be heard in a Court, whether or not you are legally represented. Therefore, you do not need to have an Attorney. However, representing yourself is not recommended as Litigation can get complicated. (There is a reason Attorneys study law for four or five years).

Speak to an attorney today.

Please take note that you may not be represented in Court by a third party who is not a legal practitioner.

Bracher, P; Claims of a Higher Value to be heard in the Magistrate’s Court (April 2014) Accessed at: http://www.financialinstitutionslegalsnapshot.com/2014/04/claims-of-higher-value-to-be-heard-in-magistrates-courts/ (Accessed On: 10/11/2015)

The Constitution of the Republic of South Africa; accessed at http://www.gov.za/sites/www.gov.za/files/images/a108-96.pdf