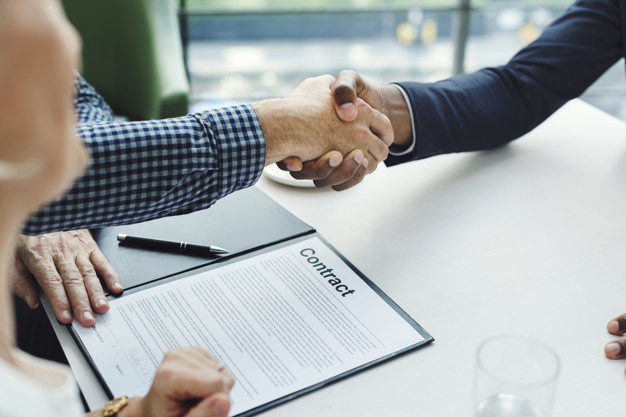 At some point in our lives we will inevitably all conclude some sort of contract, be it with a bank, a landlord or any number of service providers. All of these contracts will usually contain certain terms which, to many people, usually don’t make much sense. Below, are just some of the most popular ones to assist you in more clearly understanding the terms of a contract which you are agreeing to.

A party to the contract may decide not to adhere to the provisions of the contract on any particular occasion, for example, the acceptance of late payments without insisting on a penalty. In an event such as this, this clause provides that the person who relaxed the terms does not waive its rights to insist upon strict compliance with terms of the contract in the future simply because it had deviated from the enforcement of those terms in the past.

“The Shifren”, “No Variation” or “Non-variation” clause is a clause in a contract which aims to ensure that any casual amendments to the contract are of no consequence.

Such a clause can sometimes allow for amendments as long as they are in writing. The use of this clause was confirmed in the S A Sentrale Ko-op Graanmpy Bpk v Shifren decided by the then Appellate Division (now called the Supreme Court of Appeal) wherein the Court held that such a clause does indeed protect the agreement from amendment where that amendment is not permitted by the clause. The use of such a clause usually prevents the so-called “he said-she said” argument by ensuring the amendments do not take place or only take place in writing.

Most frequently in some sort of credit or loan agreement, if the person which is to pay off the debt fails to do so, the person who has provided the loan or credit will be entitled to claim the entire amount owed at once.

Breach clauses are greatly varying in the terms which they set out, but will always set out the rights of the parties if a breach should occur.

A “Whole Agreement”, “Entire Agreement” or “Integration” clause sets out the scope of the agreement. This clause indicates to courts the intention that what is defined as the Agreement or Contract represents the complete and entire, or "Fully Integrated" agreement.

The “Severance Clause” is aimed at attempting to keep the contract in tact should a court find that certain of the terms of a contract are contrary to law. Such a clause will usually state that each term in the contract is to be deemed completely separate and severable from the rest of the contract.

In using such a clause, the intention of the parties is that if a court should find that such a clause be contrary to law, it does not mean the whole contract is invalid and this clause may be removed without affecting the rest of the contract in any way.

There remain a multitude of clauses not explained above; these aim to only assist to grasping some of the most common terms. For assistance with any contractual queries, feel free to contact us so we may assist you in clarifying any concerns you may have about a contract you have, or will be entering into.